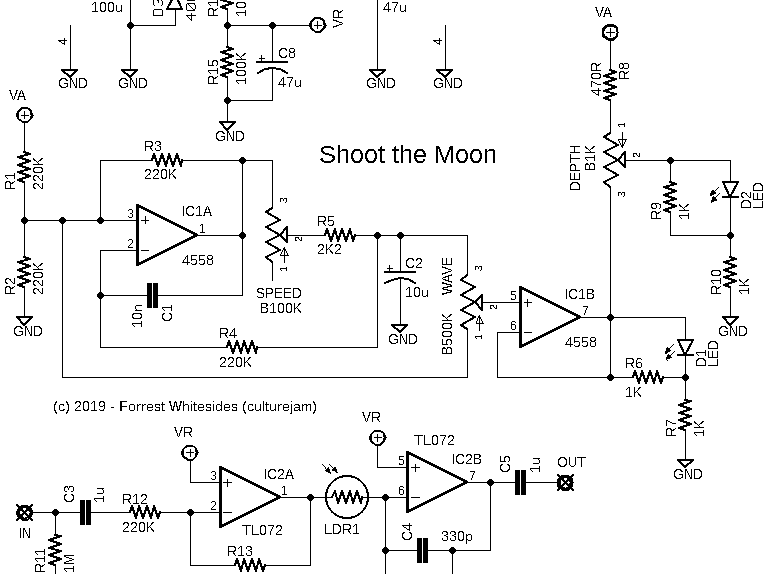 The Shoot the Moon Tremolo is an optical tremolo originally based on the excellent Tremulus Lune circuit by 4MS/CommonSound. The audio path is similar, but the LFO has been simplified to three controls: Speed, Depth, and Shape (wave shape). The power supply section has also been overhauled to provide better electrical isolation between the LFO and the audio portions of the circuit, and both sections are physically isolated as well. The result is a dead-quiet tremolo that goes from triangle wave to almost square wave (that is, smooth to choppy).